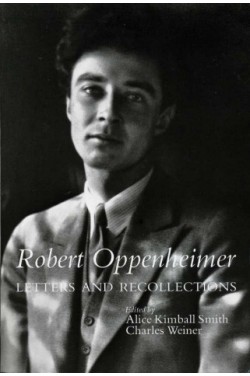 Qty:
Description Synopsis
No inscriptions or marks. No creasing to covers or to spine. A lovely clean very tight copy with bright unmarked boards and no bumping to corners. 376pp.
Robert Oppenheimer (1904-1967) is one of the few American scientists who have become public and controversial figures in the twentieth century. This book adds a new dimension to the Oppenheimer story by offering a look at the private man behind the public figure. It consists of letters spanning the period from his Harvard student days in 1922 to his departure from Los Alamos in 1945. The letters are supplemented by recollections of those who knew him and by his own recollections from an interview a few years before his death.
Designed By 32beyond
Godley Books. © 2021